How do I stop stress eating?

Emotional eating is a pattern of eating where people use food to help them deal with stressful situations.

Many people experience emotional eating at one time or another. It could show itself as eating a bag of chips when bored or eating a chocolate bar after a difficult day at work.

However, when emotional eating happens frequently or becomes the main way a person deals with their emotions, then their life, health, happiness, and weight can be negatively affected. 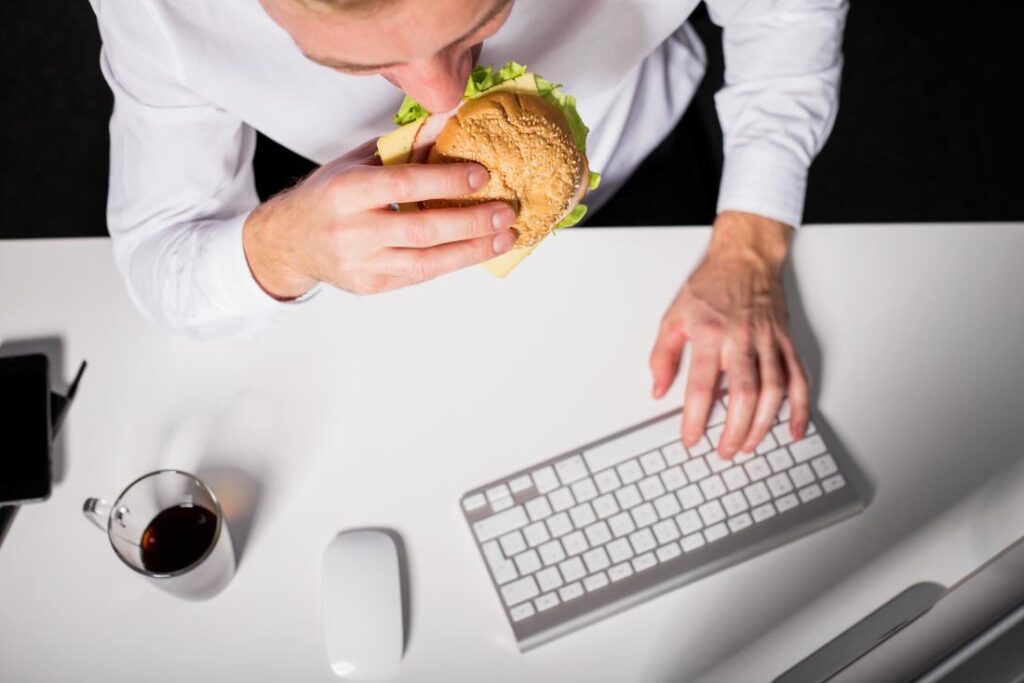 Emotions, such as stress, are not the only triggers for emotional eating. Other common triggers that people report include:

The first step a person needs to take to rid themselves of emotional eating is to recognize the triggers and situations that apply in their life.

Keeping a food diary or journal can help to identify situations when someone is more likely to eat because of emotional instead of physical hunger.

Tracking their behavior is another way someone can gain insight into their eating habits.

The behavior they record can include:

Next, they may want to brainstorm ideas for ways to counteract the triggers they identify. For example:

It can also be helpful to talk to a therapist or psychologist to discuss other ways to break the cycle of emotional eating.

A nutritionist or doctor may also be able to provide a referral to an expert or additional information on creating positive eating habits and a better relationship with food.

Emotional eating is not simply a matter of a person lacking self-discipline or needing to eat less. Likewise, people who eat to deal with stress do not just lack self-control.

The causes are complex and may involve some of the following: 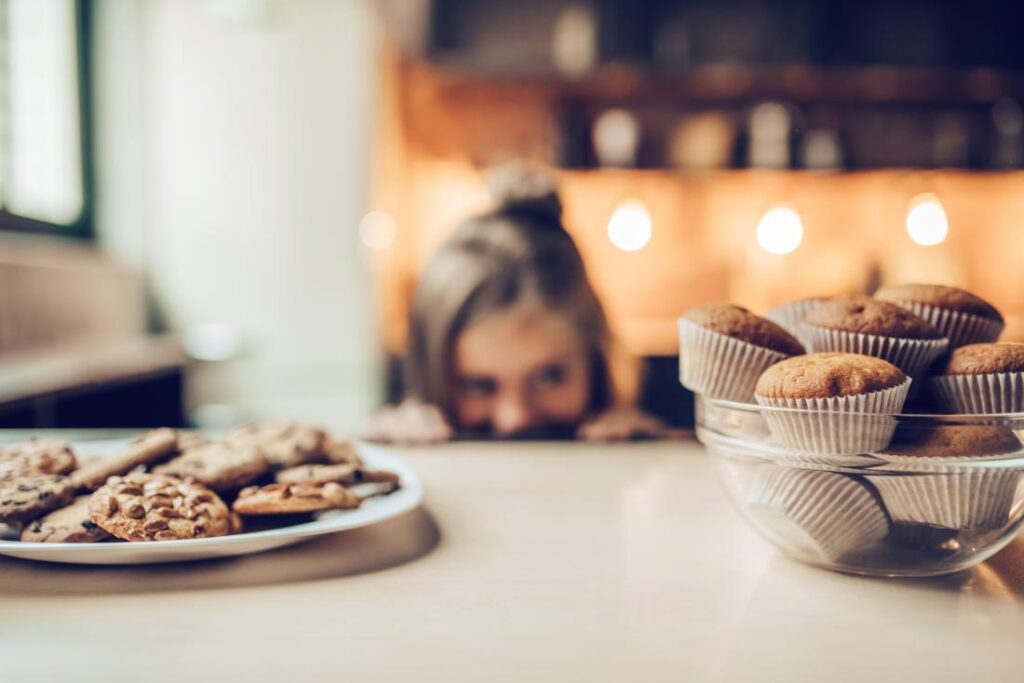 For some people, emotional eating is a learned behavior. During childhood, their parents give them treats to help them deal with a tough day or situation, or as a reward for something good.

Over time, the child who reaches for a cookie after getting a bad grade on a test may become an adult who grabs a box of cookies after a rough day at work.

In an example such as this, the roots of emotional eating are deep, which can make breaking the habit extremely challenging.

It is common for people to also struggle with difficult or uncomfortable feelings and emotions. There is an instinct or need to quickly fix or destroy these negative feelings, which can lead to unhealthy behaviors.

And emotional eating is not only linked to negative emotions. Eating a lot of candy at a fun Halloween party, or too much on Thanksgiving are examples of eating because of the holiday occasion itself.

There are also some physical reasons why stress and strong emotions can cause a person to overeat:

It is very easy to mistake emotional hunger for physical hunger. But there are characteristics that distinguish them.

Recognizing these subtle differences is the first step towards helping to stop emotional eating patterns.

Does the hunger come on quickly or gradually?

Emotional hunger tends to hit quickly and suddenly and feels urgent. Physical hunger is usually not as urgent or sudden unless it has been a while since a person ate.

Is a food craving for a specific food?

Is there such a thing as mindless eating?

Mindless eating is when someone eats without paying attention to or enjoying what they are consuming.

An example is eating an entire container of ice cream while watching television, having not intended to eat that much. This behavior usually happens with emotional eating, not eating through hunger.

Does the hunger come from the stomach or the head?

Emotional hunger does not originate from the stomach, such as with a rumbling or growling stomach. Emotional hunger tends to start when a person thinks about a craving or wants something specific to eat.

Are there feelings of regret or guilt after emotional eating?

Giving in to a craving, or eating because of stress can cause feelings of regret, shame, or guilt. These responses tend to be associated with emotional hunger.

On the other hand, satisfying a physical hunger is giving the body the nutrients or calories it needs to function and is not associated with negative feelings.

Emotional eating is a common experience and is not usually associated with physical hunger. Some people succumb to it occasionally while others can find it impacts on their lives and may even threaten their health and mental wellbeing.

Anyone who experiences negative emotions around their eating habits should arrange a visit to their doctor to discuss their issues. They may also want to consult a registered nutritionist or another therapist to help them find solutions or coping mechanisms.